We had a meeting of the worship group on Tuesday. And part of what I am trying to teach them is that all the research that they do doesn't need to go into the sermon.

They may have spent hours and hours researching the passage, they may have found obscure stuff that suddenly took them down paths that they may never have guessed. They may find 15 points to make on one small passage. But that doesn't mean that you give all 15 points to the congregation.

Better to make one point well than skim over 15 points.

I have been using a book by Kenneth Bailey called ‘The Good Shepherd, A thousand years journey from Psalm 23 to the New Testament.’

Fascinating book, but it might take me 1000 years to get my head round all the stuff that he is explaining.

So I decided that I would have a special 40 hour sermon to get it all in...only kidding.

I decided to go really basic.

To talk on one verse in Psalm 23

‘He gives me strength. He guides me in right paths, as he has promised.’

In the King James version that passage is put like this

‘He restores my soul; he leadeth me in the paths of righteousness for his name’s sake.’

Another way that that might be said is, ‘He returns my soul.’

Let me explain the imagery...

You have a shepherd who has a set routine.

He wakes up in the morning with all his sheep. They are all secure and safe because he has them in the pens in the village where all his family live. Probably one of his distant cousins, the really young one who no one likes so gets all the bad jobs, well that family member has been looking after the sheep at night.

Wild animals won’t come near the village, if bandits come then the cousin can shout and the rest of the extended family come running to defend the sheep.

So the sheep are safe.

But in the morning the sheep need fed. So the shepherd leads them to the feeding pastures. He has a rod, a great big club of a thing, like a mace, usually with imbedded metal in the head, so if anything is close range then it will feel his wrath. He had a staff, a long stick to poke the sheep in the right direction.

There may be parts of the journey that are a bit dangerous, but the shepherd leads the sheep through those dark places to the safety of the pastures.

That is the imagery that David the Psalmist is using here.

And it is all very nice.

If we just follow the good shepherd, God, then he will look after us.

But remember who is writing this.

David who did follow the shepherd, David who fought and killed Goliath.

David who was attacked and hounded by King Saul who saw him as a threat and tried to kill him many times, and the good shepherd, God, looked after him.

He was in dangerous places, and God led him through them all until David himself became king.

And that would be a wonderful message.

If you behave yourself, if you do as God says, then God will watch over you and everything will be more than fine.

You see I think David writes this psalm after he has really messed things up.

And he messed things up a lot.

David had a lot of wives, personally I have trouble keeping one happy, but David had more than you would like to know.

But that wasn’t good enough, he wanted Bathsheba, but she was married to a soldier called Uriah. So firstly David gets Bathsheba pregnant when Uriah is away fighting a battle. That’s inconvenient. Firstly he tries to make it so that Uriah thinks that it is going to be his child. When that doesn't work he gets Uriah killed off and marries Bathsheba so that it is all legitimate and everything is fine.

Only it’s not fine, but David is king so he gets a free pass.

As I mentioned David had a lot of wives, and all those wives had children all wondering who was the going to be the one that ended up king. So the power struggles in the court were horrendous. And David wasn't the parenting type.

He has a daughter called Tamar and she has a step brother called Amnon who wants to have an affair with her. But she doesn't want to...so he rapes her. Then he is ashamed of what he has done and doesn't want to look at her, so he just casts her out like a used toy. What does David do?

Nothing, because if the king can get away with anything because he is the king, then surely the future king can make a few mistakes and it just gets hidden under the carpet. And Amnon believes that as well.

And everything goes on as if nothing has happened.

But Absalom, Tamar’s full brother, is furious that sister is treated that way. Absalom waits to see if David will do anything. Nothing happens for two years. And Absalom’s rage gets worse and worse, until he kills Amnon.

There is no happy ending to this story.

There is no true reconciliation between David and his son Absalom.

There is no true justice for Tamar.

David has chance after chance to do the right thing and sort it all out, and he mucks it up so that in the end there is a civil war and Absalom is killed and David is heart broken.

I think that is the David that writes this Psalm.

This isn’t a David that needs to know that if he follows God’s paths then everything will be fine, because he hasn’t followed God’s paths and everything isn’t fine. And it will never be fine again.

But what happens when that is where you are?

This is a sheep that is lost.

And think about that.

What does a lost sheep do?

It can’t defend itself.

Sheep aren’t like buffalo...they can’t muscle out their attackers.

Sheep aren’t like stags or cattle that have antlers and horns...they can hurt attackers.

And they can’t go searching for the way home. Not only do they not know the way home anyway, the more they are out in the open the greater the chance they will be attacked by wild beasts.

When a sheep is lost the only thing it can do is hide.

And we have been there.

We have been that person who is lost.

Maybe just now we are the person who is in that spot, that no matter what we do, it will only make things worse.

What do we do?

‘He restores/returns my soul; he leadeth me in the paths of righteousness for his name’s sake.’

This is what David realised.

This is what has made this Psalm so comforting over thousands and thousands of years. Because people have seen the truth

When we are lost we can’t do anything. But it is all right.

Because there is a good shepherd.

And the good shepherd seeks us out.

He finds us where we are hiding, and he leads us to the paths we should be on.

He has to lead us on the paths we should be on because we haven’t been on those paths. We have wandered away from those paths.

When I said that there was nothing that we could do. There is one thing.

We can admit that we are lost.

The shepherd will be looking for us, but if we stay hidden then the shepherd won't find us.

The shepherd will be calling for us, but if we don't respond, we won’t be found.

Because sheep have learnt to be very good at hiding.

When a shepherd would go out looking for the sheep he would have a noise he would make, distinct to himself and that flock. And when the sheep heard that noise they would know that it is the shepherd calling.

Supposedly even today you can go to places in the middle east and two shepherds will be talking away with all the sheep intermingled. And when the shepherds are finished talking they will make their noises and the go off in different directions and the two flocks will just split off following their own shepherd.

But if a sheep doesn't want to be found, it says nothing.

Joey Barton, footballer for Burnley. Now footballers aren’t allowed to bet on football matches. So he was banned for placing a few bets. He got an 18 month ban and a £30,000 fine.

And he is complaining that it is unfair, that the punishment was too harsh.

Now remember that all footballers know that they are not allowed to bet. But maybe if you have the odd bet every now and again no one will notice. Maybe he was just unlucky because everyone else has the odd bet but he was the one that got caught.

But it doesn't need to be that way.

If we admit that we are lost. If we call out.

There is a good shepherd who wants to carry us back to the flock.

There is a good shepherd that wants to bring us back to the paths where we can do right, be right.

I think David discovered that.

He may have been all powerful as king, but there was nothing he could do, accept admit he was lost. And when he did, he felt the arms of the good shepherd bring him home.

That’s why he wrote what he wrote in this Psalm.

When David wrote this Psalm he wasn’t a king, wasn’t a great leader, wasn’t a hero.

David was just one lost man who realised he had a message to others that were lost, that there was hope, hope of a good shepherd who cared enough to look for us, cared enough to search for us, and when he found us, brought us safely home.

For those of us who are lost, there is hope, if we are willing to admit we are lost.

For those of us who know others who are lost, there is hope, there is a God who cares for them, and who is willing to do anything to bring them home safely.

Sunday Sermon 27th December- The meeting in the Temple 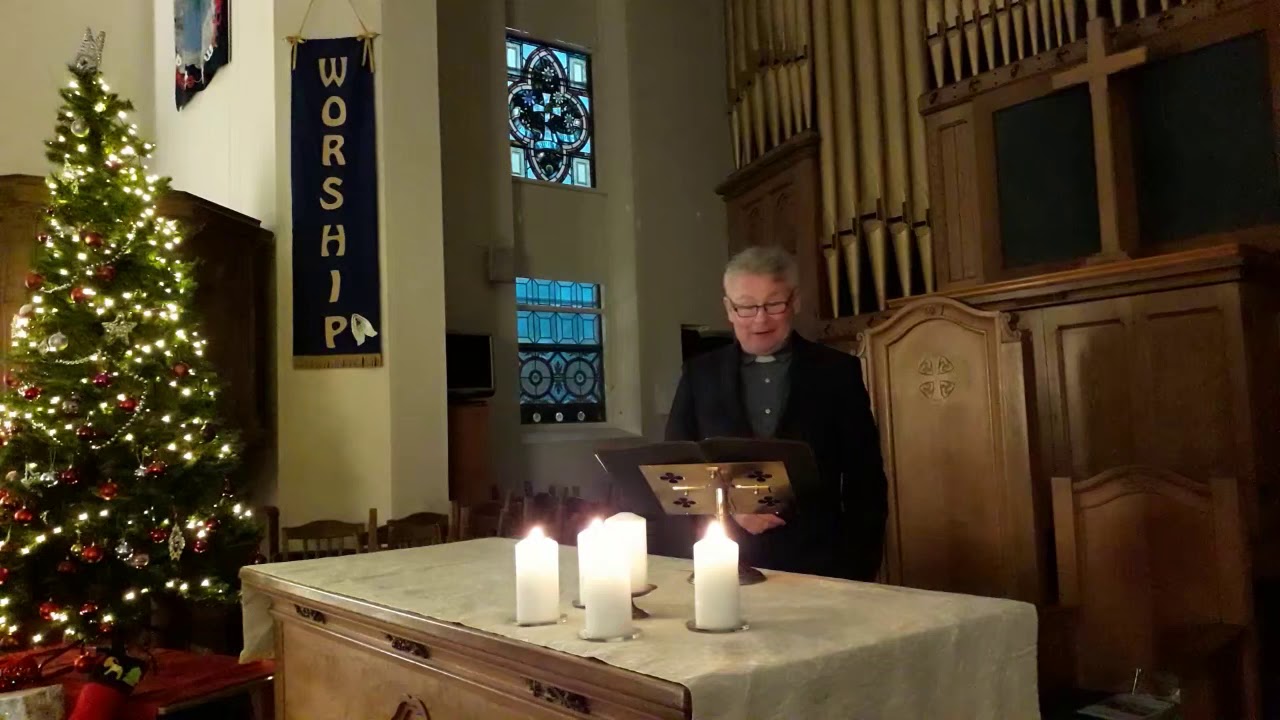 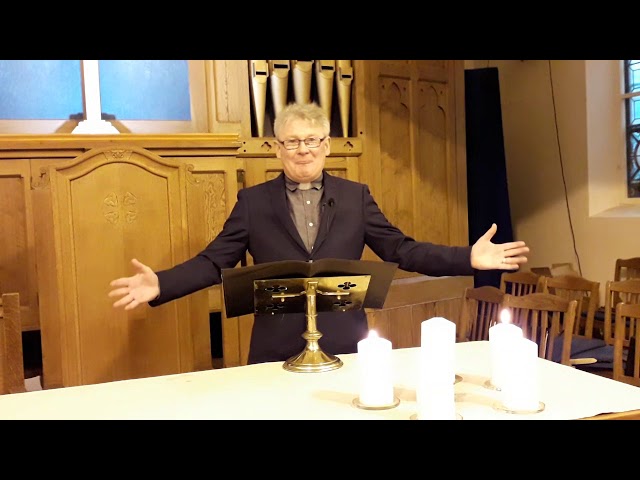